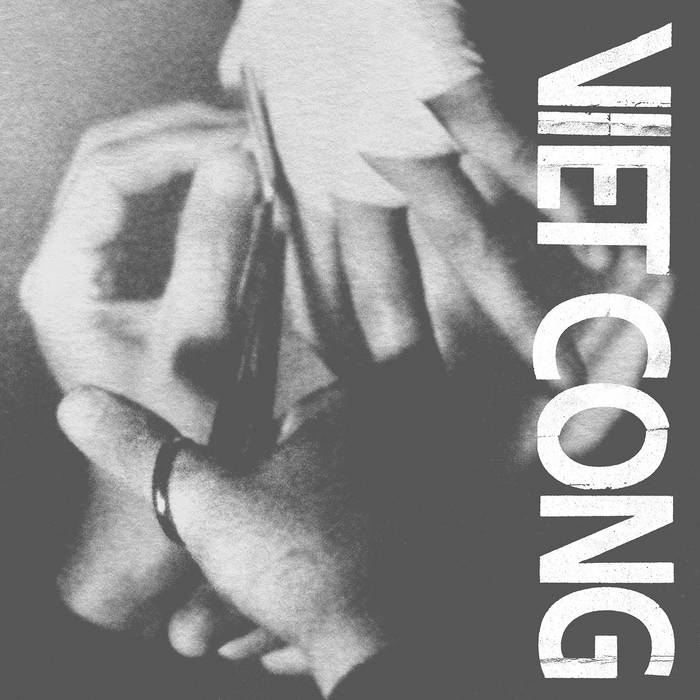 Against all odds – namely their highly controversial band name which was recently announced to be changed – Viet Cong has enjoyed unquestionable success since branching off from their prior band, Women – winning the Polaris Prize for Best Canadian Album and announcing a Europe tour. They’ve clearly honed their craft over the past three years, and when I risked my life moshing at their September concert at Théâtre Fairmount, I did not leave disappointed.

Upon entering, we were met with the predictable smell of beer and an invariable wall of sound as the band broke into their first song, Unconscious Melody. Even from the first moments of the set, the crowd was charged with an intense energy, spurred on by every screeching guitar hook and a singer that seemed to almost gargle his insistently nihilistic lyrics.

Between songs, the lead singer, Matt Flegel, said little and yet it became clear that his brand of charisma was to be conveyed through his guitar. He had complete control over the audience with his music – when they begun their fast paced and punchy Silhouettes, the crowd instantly became a mess of frantic limbs, with people throwing, crashing and surfing on each other. Yet he brought them down in the same abrupt fashion. About halfway through we were granted a well deserved respite from the violent moshing when the band forced its audience through a twelve-minute rendition of Death which, being devoid of lyrics or hooks, can only best be described as stylized noise. By the time this was over, the entire venue was tense and trembling with anticipatory energy, and Flegel finally released the crowd from the seething, sweaty grip that he had been holding them in through the post-punk breakout Continental Shelf. The wait proved to be well worth – the collective anticipation resulted in wild and gracious thrashing from the crowd.

This was the perfect example of when a live show gives a whole new dimension to a band’s music. For me, it brought the songs out of my headphones where I’d allowed them to supplement solitary walks and study sessions into the place that they were made to be heard in: a small dark room filled mostly with greasy, riotous men. The people there had not come to simply listen to songs that they liked, they were there for the experience and to watch the band’s grunge persona become realized in the most literal of ways. The show gave a life to the fantasy evoked from the image of the band, and perhaps this is the true meaning and purpose of a concert.

It also united people from countless walks of life, from glasses-wearing McGill first-years enjoying their first foray out of the campus bubble and their affirmed hipsterdom to seasoned metalheads, complete with ripped clothing and dirty work-boots. By the end of the concert, everyone looked the same: sweaty, disheveled, and dazed by the manic energy of this dynamic quartet.